Avani Prashanth- A promising golfer ready to grapple at an international stage.

The Women’s Amateur Asia Pacific (WAAP) is cropping up at Siam Country Club Waterside, Pattaya -Thailand from Nov 3, 2022- Nov 6, 2022 to exhume the emerging talent for Asia’s elite female amateurs to the international stage. The format of the tournament follows where the winner will have the opportunity to play in two major championships - the AIG Women’s Open and Amundi Evian Championship as well as Hana Financial Group Championship and an exemption into the Augusta National Women’s Amateur Championship. 86 best golfers will be the part of the event in representation of their 21 nations in this top Women’s Amateur Competition. India’s lights are on all the six Indian players participating in the event, but specially ,  Sixteen-year-old golfer Avani Prashanth has made her room of swing to tee off at the Women’s Amateur Asia Pacific Championship. Avani Prashanth along with Malaysia’s Jeneath Wong and Thailand’s Rina Tatematsu will tee off from hole 10. Other Indians include Sifat Sagoo , Kriti Chowhan , Nishna Patel , Mannat Brar and Ceerat kang. Mannat Brar and Ceerat Kang will have their WAAP debut. At 2021 WAAP , Avani finished T-16 in Abu DHabi where she unmasked her first Major International exposure. She has played at some renowned courses like Augusta National , Carnoustie and the Le Golf National. She has made an enduring impression in her sport journey at the acclaimed Augusta National Women’s Amateur , R&A Women's Amateur, the Queen Sirikit Cup, the World Amateurs Team event and bagged a place in the Indian Team for the Asian Games which will now take place in 2023. She engraved herself in top-12 in a pro international event at the Hero Women’s Indian Open. 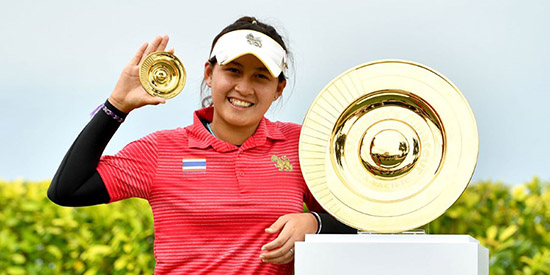 Atthaya Thitikul, the current world number one has won the inaugural edition of this competition when it took place in 2018.